This is the Festival, this is Earth Garden 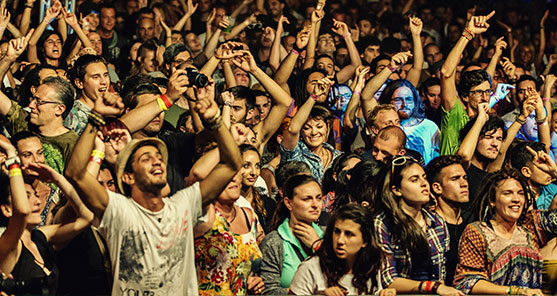 This is the Festival, this is Earth Garden

On the first weekend of June, Earth Garden Festival celebrates its 10th anniversary; from Friday 3rd June through to Sunday 5th of June 2016, the festival returns to the National Park in Ta’ Qali.

The journey of this successful Festival makes it a unique event in Malta, as it was the first festival that merged art, non-main stream music and culture, with a green conscience. The Festival accomplished a lot in these years; audience growth, increase in the number of international artists and improving the festival site and areas, probably the secret of this success is that it came at a steady pace.

“We have referred to the festival in many ways throughout the editions, 3 days of sun, fun and music, but there was little sun and quite some rain, in our second edition, but surely the fun and music never left us. We were sad in our fourth edition as we lost the founder of this festival, Desmond Vella. It was hard on all of us, but it would have been a dishonour to our friend, not to organise the festival he loved so much. My favourite is surely, the festival of colours, and it truly is, not only the décor but the colourful people that attend, making the Festival unique” expressed Reuben Spiteri, one of the founder members of the Festival.

Last year’s edition of Earth Garden was bigger and better in all aspects. This 10th anniversary celebration presents one festival, with one main stage: the Roots Stage that will host all the concerts and major acts. The Roots Stage will be transformed into a 22m wide stage and incorporates the concerts that used to happen at the Greek Theatre.

“Every edition, it gets more challenging to deliver on our promise of Earth Garden being an experience, not just an event. This 10th edition we are focusing on the Roots Stage and the line-up of artists this stage will host. The Roots Stage is not only becoming literally bigger but definitely louder hosting different styles of music such as folk, reggae, ska and world music. Yet again, the Roots Stage will surely be a showcase of concerts that will attract an even larger international audience” said Howard Keith, another member of the organising team.

The abolition of the Greek Theatre as an area, in no way means a lack of concerts. Earth Garden Festival has always been a platform for local artists, especially newcomers that are given the opportunity to share the stage with established local artists and international artists that are renowned in their field. Some upright mentions from the local scene are Brikkuni, Tribali and etnika. Laudable mentions from the international line-up of artists performing on the Roots Stage are: Neville Staple, Nicky Bomba & Malta Ska Orchestra and Tape Five.

Surely, those who appreciate Ska music will enjoy the experience of a live performance from Neville Staple. His thirty-five year career makes this artist an institution in the Ska music scene. Tape Five are not credited with the revival of the Swing or Electro-Swing, for no reason. The focus is on Electro-Swing, but there is a hint of Bossanova, Latin and NuJazz, Hiphop, Reggea or Tango grooves as well, with very distinct and vivid ‘’retro’’ interpretations. Nicky Bomba is surely a familiar face of this Festival but will present a different act for this year’s edition of Earth Garden as he will be accompanied by a 12-piece Ska Orchestra. Nicky Bomba & the Malta Ska Orchestra is a collaboration with Mark Kram who will also pen all the musical arrangements for this gig.

As per previous editions, other areas like; the Electronic Sphere, the Camping Area, the Why Not? Jamming Area, the Ethnic Market, the Art Square, the Enchanted Forest, a kids fun area and for the second time the Why Not? Workshops & Healing Area, will also feature.
The “green” aspect of the Festival will also continue to develop. Last year, the Festival saved almost 4000kg of waste resources. The organisers promise to continue to invest and improve whilst urging the festival goers to do their part.

The Earth Garden Festival 2016 edition promises to be the best one yet and is surely an event worth experiencing!

The 2016 edition of Earth Garden Festival happening on the 3, 4, 5 June at the National Park, Ta’ Qali is powered by Twistees and supported by Cisk Export Premium Lager, Kinnie, the Ministry for Sustainable Development, the Environment and Climate Change, Encore Arts & Culture Magazine, Surplus & Adventure, Kuluri and Jagged House.

Tickets at €15 each for a 3-day pass for Earth Garden Festival 2016 are now available; online from ticketline.com.mt or from the following outlets; Gozo: Cafe Jubilee and Mojos – Rabat; Malta: Cafe Jubilee – Gzira and Valletta, Paper Clips – Msida, Saqqajja Kiosk – Rabat, Pitstop – Xemxija, Zion – M’Scala, Why Not? and Juuls Bar – St. Julian’s. Also, 1-day pass ticket at €10 each will be available online only until 15th May. The organisers remind the general public that children under 12 accompanied by an adult will be allowed to enter the festival for free. The final batch of tickets for the Camping Site will be out for sale in the first week of May.