The heart and soul of the Festival 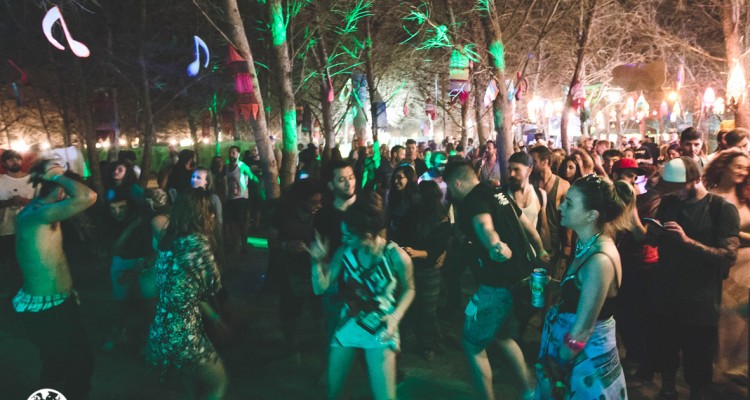 The heart and soul of the Festival

The Enchanted Forest – the heart and soul of the Festival 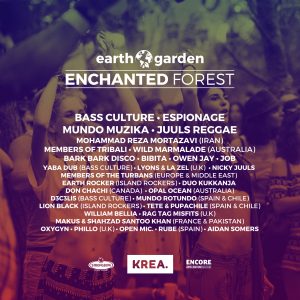 The Earth Garden Festival is all about giving their loyal fan base, new areas and, the best line-up; well. Always expect improvements from this Festival… but this Festival is also grounded to its origins. The Enchanted Forest is an area that has been there from the first edition and is still loyal to the original concept. Situated next to the Ethnic Market, another colourful section of the Festival, the Enchanted Forrest is the heart and soul of the Festival and here is why.

This area has two sessions, the afternoon live sessions, starting at 2pm, followed by a themed night.

The afternoon Strongbow Live Sessions, previously known as Acoustic Sessions, will be featuring 12 acts in three days; Friday, Saturday and Sunday, running from 2pm until 6pm.

Here are some headliners for the Strongbow Live Sessions.

Look out for Bark Bark Disco hailing from Malta on Friday 1 June playing at 5pm. This trio first video for the single “Song for the Lovers” was a tribute to 70s cult actress Brigitte Lahaie and received half million views on YouTube in under two weeks. So watch out as they attract the crowd at Earth Garden Festival.

Playing at 4pm on Saturday 2 June are Rag Tag Misfits coming from the U.K. Formed in 2014 this duo originally started out as street entertainers that developed into a busking challenge to raise money and awareness for homelessness and food banks. They have performed pretty much everywhere from Barns to Cathedrals and Concert Halls to Piers. With two independently released albums in the bag they are due to release their 3rd album in 2018. Surely something to look forward to at the Festival.

Sunday 3 June at 2pm, Bibita will take the stage at the Strongbow Live Sessions. A Maltese minstrel band, inspired by medieval and early renaissance music, Bibita has evolved in a distinctive music journey of the past, playing reproduction musical instruments of the period. Their music arrangements of tunes and melodies like cantigas, saltarellos, estampies and other traditions have brought the epic music to life. Surely, the setting of the Enchanted Forest will add up to the experience of listening to this band!

Returning to the Enchanted Forest during the Strongbow Live Sessions, and also performing at the Roots Stage are Lyon and La Zel, as well as, Opal Ocean.

The evenings at the Enchanted Forest are as always hosted music nights. Starting off from Thursday 31 May at 5pm with Bass Culture. Their line-up includes the selectors, hosts and founders of the Bass Culture movement in Malta, D3c3li5 and Yabadub, as well as Island Rockers, Earth Rocker and Lion Black.

Malta’s unique northern soul and mod night, Espionage, will domain the evening on Friday 1 June from 6pm onwards. The line-up will feature Owen Jay, Job and Phillo from the U.K.

For the third consecutive year Mundo Muzika will once again take the Enchanted Forest on an unforgettable trip around the World with various diverse and uplifting World Music fusion DJ Sets. Happening on Saturday 2 June from 6pm onwards, this years’ Mundo Muzika’s DJ sets will be supported by live performances by various artists most of them with a high international reputation such as Mohammad Reza Mortazavi (Iran), Wild Marmalade (Australia), Markus and Shahzad Santoo Khan (France & Pakistan), Opal Ocean (Australia), members of The Turbans (Europe & Middle East) and also local artists.

As it has been for the past seven years, concluding on the final night on Sunday 3 June from 6pm onwards, will be a Juuls Raggae night. Combining the Rasta positive sounds and the love in what they do will be their line-up of DJs namely, local Nicky Juuls, Don Chachi from Canada and Lion Black from Serbia.

Adding up to this captivating line-up will be special appearances by members of Tribali who will be joining various spontaneous jamming sessions and short acts, or as guest performers, in the different areas, throughout the whole Festival. This is Tribali’s way of celebrating the release of their upcoming album by re-creating their presence at the Festival in a similar way as the first editions of Earth Garden.

So… get ready to celebrate music, dance and enjoy the fun during the 4-days of Earth Garden Festival.

Have you got your tickets yet for the biggest Festival on the island?