Earth Garden has always had environmental values, yet 4 years ago the festival decided to step forward and started a real focus on sustainability, and in collaboration with Ministry for Sustainable Development, Environment and Climate Change, Wasteserv and Global Green Events, their environmental effort was stepped up. Earth Garden had the enthusiasm while Global Green Events had the expertise. The Ministry of Sustainable Development, Environment and Climate Change and WasteServ, in return, provide financial and logistical help. The last four years success led to where we are now, Earth Garden setting the sustainability standard for large events in Malta.

So how did it start? Earth Garden 2015 edition saw the introduction of the campaign – which gained nearly 5 thousand supporters in less than 3 weeks. A sign of what was to come in terms of support, collaboration and willingness from Earth Garden’s participants.

In the first year a holistic approach to the waste management on the event was implemented, turning the mentality to inputs not outputs and rewording ‘waste’ to ‘resources’ management. A policy was designed from the festival’s needs and objectives of the umbrella campaign, covering aspects from procurement and social inclusion to disposables and water use, and while this has remained the benchmark for all who collaborate or go to the festival, the policy is expanded on yearly as the sustainability initiatives increase. Energy consumption was considered and audited and ongoing initiatives are in place using LED lighting and mains power, over generators. Alternative power sourcing is being researched for future years.

In 2016, the first reusable cups in Malta were launched at Earth Garden, thanks to support from Barcode Logistics. The cup was optional and backed up with the campaign ‘3 days 1 cup’. The system worked, and it was deemed not only feasible but worthwhile to go all reusable. Hence in 2017, the second follow up campaign ‘One Cup, One Love’ was run with more promotional aspects around the cups, the greywater reusable washing stations, and the refund policy. It was a huge hit, with tens of thousands of plastic cups being diverted from use, and thousands of litres of water being saved by reusing the grey water on the grounds of the festival site.

Throughout the campaign the zero to landfill aim has progressed from an objective to a reality. Reuben Spiteri, one of the festival’s organisers says this was only possible with the partnership of Global Green Events and Green Skip Services with the support of Wasteserv. Now Earth Garden can boast of a fully audited, validated collection system, producing tangible data.  This serves as feedback to the supporters and participants of festival goers; along with imagery of the back end of the system for proof of authenticity. Gayle Murphy, consultant to Earth Garden and founder of Global Green Events, states that authenticity and transparency is a key aspect of sustainability so all initiatives are based around that philosophy, with imagery being published including both the positive aspects and also highlighting areas for improvement.

In 3 editions of the festival. a massive 26460 KG of resources has been diverted from landfill and the festival will continue with its zero to landfill policy this year. In these 3 years over 22 food vendors have converted to compostable and paper disposables as part of the Environmental Bond Scheme, most of whom have stayed with the eco-friendly mind-set even beyond the dates of the festival.

The achievements over the past years continue to grow and are now setting the bar for other large events and national policies are being implemented by umbrella organisations. The Earth Garden Festival has become the pioneer and the role festival that is now actually affecting the national policy on waste management in events. Global Green Events uses many of the implemented systems at Earth Garden as examples to its other partners, such as Valletta 2018 Foundation, Festivals Malta and other key stakeholders. Earth Garden is delighted and thanks these umbrella organisations that are all stepping up to take sustainability into national standards for events in Malta.

So what has made this a big success?  ‘Sustainability is about covering the 3 pillars, environmental, social and economic, through policy, education and engagement at all levels. Empowering and inspiring people to make a difference! The success of this campaign has grown and evolved and it is all thanks to the enthusiasm of the organisers, the design of easy to use systems and most important of all; the collaborators, food vendors, and of course every single participant who attends! Together we can do so much!’ Earth Garden 2018 is a place where you can make a difference this year. Watch the main Earth Garden page for this year’s campaign and check out the policy for how you can help! 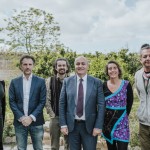 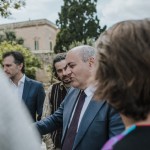