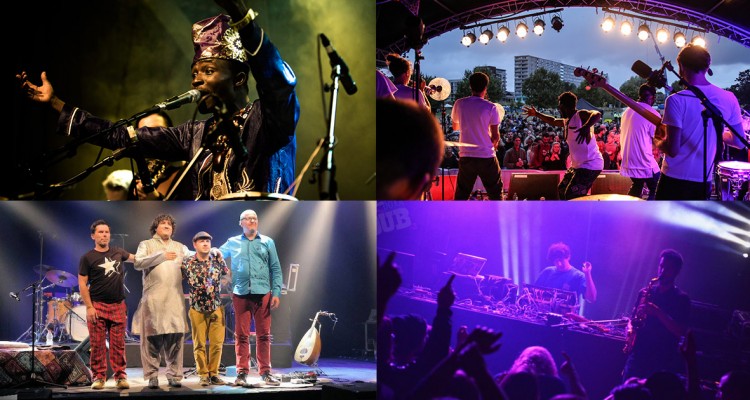 As promised we are announcing another set of four artists performing at the main stage of Earth Garden, the Roots Stage.

These four international artists will be adding to the list of foreign bands hailing from all parts of the world that will take the stage at Earth Garden Festival. This year’s edition in fact, will see mostly foreign acts, thus as pledged, Earth Garden becoming more an international Festival. More appropriately this year since the Festival is also part of the cultural programme of Malta’s European Capital of Culture year.

In our first announcement of artists performing on the Roots stage we announced big names in dub, world music, and funk genres of the likes of the energetic dub band Gentleman’s Dub Club; didge band Wild Marmalade, funk band Lakuta and super energetic band The Turbans.

We are making Earth Garden a must go to Festival for all dub music lovers. Here is Tetra Hydro K, another dub act that has already performed in Malta. This duo, Kanay and Krilong, hailing from France, work very closely with Panda Dub and their music can be described as an experiment of musical instruments that their audiences can’t stop dancing to.

Joining us from the UK and Africa are K.O.G & The Zongo Brigade, who will add an afro-beat, soul, funk, rock and reggae that creates a totally original sound to our Roots Stage. The 8-piece Zongo Brigade deliver infectious, high-energy West African grooves, that crowds at Glastonbury, Reading and Leeds Festival have enjoyed.

You’ll love this one, Markus & Shahzad. This French trio and Pakistani singer and musician collaboration gave another dimension to their Qawwali and Breakbeat fusion. Their musical signature is very unique; a fusion of traditional Qawwali and uplifting electronic music with a French touch, a hint of psychedelic and bewitching harmonies offering a tasty, unexpected and imaginative mix.

A musical adventure between friends, led to the formation of Helsinki-Cotonou Ensemble when three guys from Finland packed their gear and headed down to Benin, West Africa. Six years later, they have released three critically acclaimed albums and toured in at least nine countries. The concept of the band is to take the traditional Voodoo rhythms of Benin and combine them with soulful song writing, jazzy improvisations and funky beats. The 8-piece group has just finished recording its 4th album that will be released in April 2018, so we will surely hear some of their new beats at the Roots stage.

These artists will all be performing at the Roots Stage, but the Festival features another four different music stages namely: Enchanted Forest, Electronic Sphere, Strawberry Hill, and a live Jamming Area.

We invite you to join the celebration of music at Earth Garden, the festival that starts summer with a thrill and promises tons of music, fun and sun.

Tickets from earthgarden.com.mt and remember Camping tickets out in two days on the 3rd March at 11am!