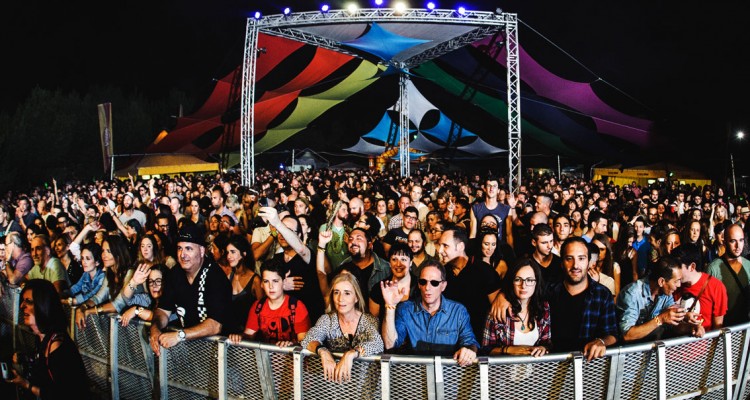 The biggest weekender festival on the island is back in June 2017 and this year starts on Thursday, so more fun, more music and more days.

More days! This year, Earth Garden Festival opens its doors at Ta’ Qali National Park, on Thursday 1st June at 6pm, and will run until Sunday 4th June. We are giving you four days of this “best kept secret” festival, as described by europeanbestdestinations.com. Read more about this here (Click Here).

This means that we are giving campers an extra day, but this is not just about it! We added a new camping site, so there are two camping sites to choose from. The original camping site, now named as the Festive Grove Campsite, is found in the heart of the Festival area next to Enchanted Forest and the Ethnic Market. Introducing a new and second camping site, the Green Meadows Campsite; this will be situated within the perimeter of the festival grounds. This new extended area will be close to the new location of the Electronic Sphere. The first batch of camping tickets priced at €35 are out on Monday 6th March from ticketline.com.mt. Hurry, before they are sold out! Once these are sold out a second batch will be issued, priced at €40 for 4 days. Keeping up our promise to give you a bigger and louder Festival, this year we a presenting a new area, the Strawberry Hill, which will take the area where the Electronic Sphere was in the latest couple of editions.

More fun! The Festival attracts over 25,000 visitors and year-after-year it has grown, although we retained our roots of green conscience and eclectic music styles. The roots of this Festival have not only grown but improved every edition. This year will be no different as it offers 4 music areas with over 35 live acts, 35 DJs, 2 camping zones with all amenities, the jamming area, Healing fields, Ethnic and Holistic market, Fun park, food court with a variety of healthy and food from different cuisines and numerous bars.

More music! Music has always been at the heart of Earth Garden Festival. There is, of course the return of the 22m set-up of the Roots stage that was revamped last year. This year nearly all acts on roots stage are foreign acts. The Electronic Sphere is being relocated to a larger location with more room to move and dance under the shade of the palm trees. Keeping up our promise to give you a bigger and louder Festival, this year we a presenting a new area, the Strawberry Hill, which will take the area where the Electronic Sphere was in the latest couple of editions.

This year’s edition is biggest so far! The 2017 Earth Garden is four days of sun and much more. Festival Tickets are out on 20th March at €25 each for 4 days.

So, mark your diary, book your leave, as Earth Garden Festival is coming on the 1st to the 4th of June at Ta’ Qali National Park.