Although still very young, The Pulled Meat Company (TPMC) has already come a long way. What was initially launched as a wooden hut at a Christmas market in Sliema in 2015, evolved into a bricks-and-mortar establishment in South Street, Valletta a few months later, which in January 2018 expanded and was restyled.

TPMC now also boasts one small outlet near the University Campus and another restaurant in Gzira, as well as a serving station at the newly restored Suq tal-Belt (Valletta Market). Most of our outlets offer, what have now become, our signature pulled meat ftajjar together with other heart-warming snack style specials.

These include other original snacks like meat pies, rabbit belly burgers and our haus dog, as well as more refined cuisine, such as our extremely popular homemade agnolotti, as well as a unique range of slow cooked meat, like local pork belly, flank and tomahawk. We feel we offer something to suit everyone’s palate.

The aim of the game is to offer home-made, slow cooked soul food – whether traditional, trendy or a fusion of the two. We are very much driven by the principle buono con buono, fa buono. To compliment our artisanal food, we also offer an assortment of craft beers as well as a wide selection of wines. 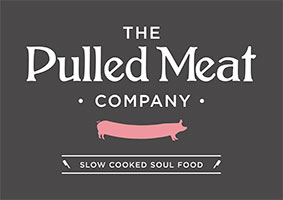