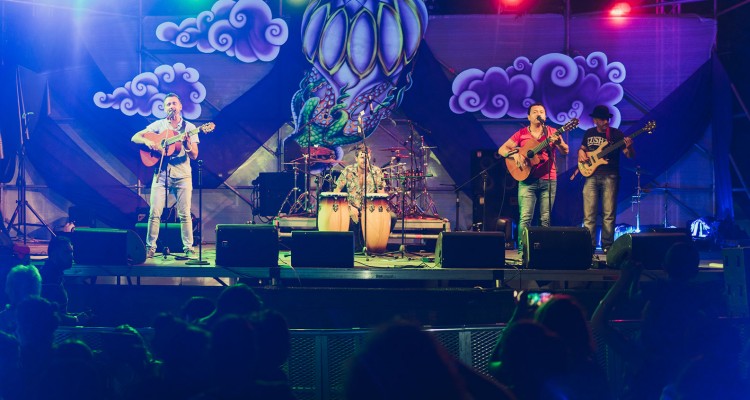 This year’s tagline was Earth Garden: a festival of colours. The National Park in Ta’ Qali has never been so colourful, as this edition of Earth Garden. The décor added that special touch to the colourful people attending the festival. There was colour everywhere around the festival grounds, with colourful backdrop for the main stage; rainbow coloured tents that provided shade in the different areas. Colourful cushions and carpets. The market area under the trees provided a cornucopia of colours with the different stalls and products for sale. The owners of the stalls were friendly and chatted with the onlookers, whilst listening to the background music coming from the free jamming area. The trees had different coloured bulbs that lit this area in the evenings.

Apart from the obvious decorations, Earth Garden is also the festival of colourful people. People from all walks of life and different cultures flocked to the National Park for the biggest festival on the island. The festival also attracts tourists that travel to Malta for the event. The people are the beating heart of this festival, and come with various fashion and hair styles. But mostly the different cultures that mix and mould into one, through the universal language of music. Even the artists, sharing the same stage, hailed from different countries; Malta, Eastern Europe, South America, Iran, Italy, Spain, Africa, Ireland, and Germany.

This festival promises an event filled with music, fun, as well as a unique experience and well, it delivers! It brings emotions driven by the different people around you and the extensive style of music; from reggae to techno tunes, from electro swing to psychedelic.

Surely, the Roots Stage was the heart of the festival; one had to keep track of what’s on, otherwise you miss an act like Mohammed Reza who mesmerized everyone with his music. You could see people gathering up, cheering, clapping and dancing underneath the colourful sheers, from the early afternoon to the first hour of the day! It was nice to see the continuation of the Recycled Percussion event, from the Earth Garden Jam who brought everyone together in one huge rhythm.

The Greek Theatre as always was a source of great music concerts. The audience here, was captured in the confined, yet open space that still gives room to the possibility of dancing and clapping. The communication with the artist in the theatre becomes intimate and liberal at the same time. Tribali’s concert on Saturday captured all these emotions, as those present danced to the rhythms and energy that this band always delivers to their audiences.

Earth Garden is a lot of emotions and experiences. It’s the painted faces of the kids and their squeals while jumping on the bouncy castle. It’s the delicious breakfast underneath the trees, as well as the dinners from the various world cuisine, you just had to make up your mind what to choose! It’s the people dancing at the Psychedelic area and at the Enchanted Forest. It’s the campers, their early morning rituals and the yoga sessions. It’s the sumo wrestling, for the young and young at heart. It’s Matthew Pandolfino’s interactive installation that was not only a beautiful work of art, but a spin of entertainment! It’s the sense of peace, at the Holistic area. It’s Reuben on the Segway. It’s the photographers snapping pictures trying to capture all this.

One might wonder what will this festival bring for its 10th Anniversary, well you might want to keep the first weekend of June 2016 free, as it’s going to be an experience not to be missed!