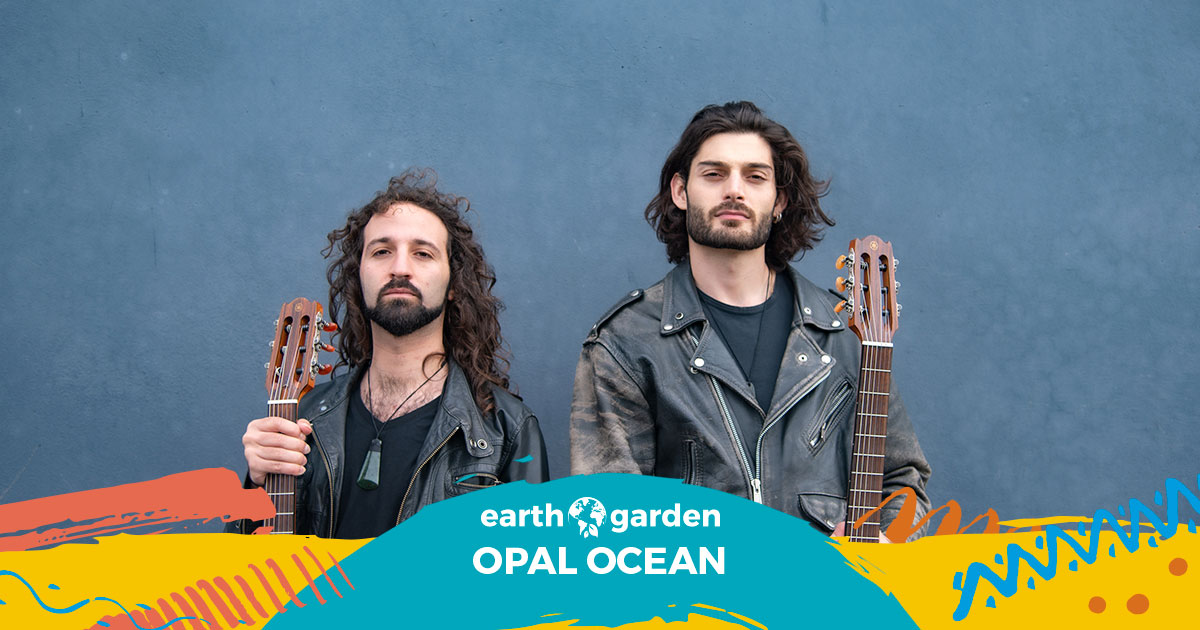 Acoustic Guitar Duo; Opal Ocean, fuses together Rock and Flamenco techniques to create their own epic wall of sound. Forming in 2014, New Caledonian Alex Champ and New Zealander Nadav Tabak decided to take their music to the streets busking, using it as a platform for composing their original instrumental pieces.

Based in the heart of Melbourne, the electro-acoustic duo has seen their works blossom, enjoying great success, selling over 16,000 physical CD’s Independently with their single “J.A.M” going viral with over 30+ Million hits on social media. In 2016 they released their highly anticipated debut album “Lost Fables”. 2018 saw the release of their single “Mexicana” which was fully funded from Kickstarter fans around the world. “Mexicana” created a massive buzz that pushed them from busking in the streets, on to the world stage and had an overwhelming response touring in 2019, with sold out shows covering Europe, New Zealand and Canada.

The last two years has seen the duo perform in over 15 countries, at high profile events such as;Earth Garden Festival, The 2018 Montreux Jazz Festival, and Colors of Ostrava amongst others.

Currently Opal Ocean are crowdfunding for their next album – help them out ! – Click Here