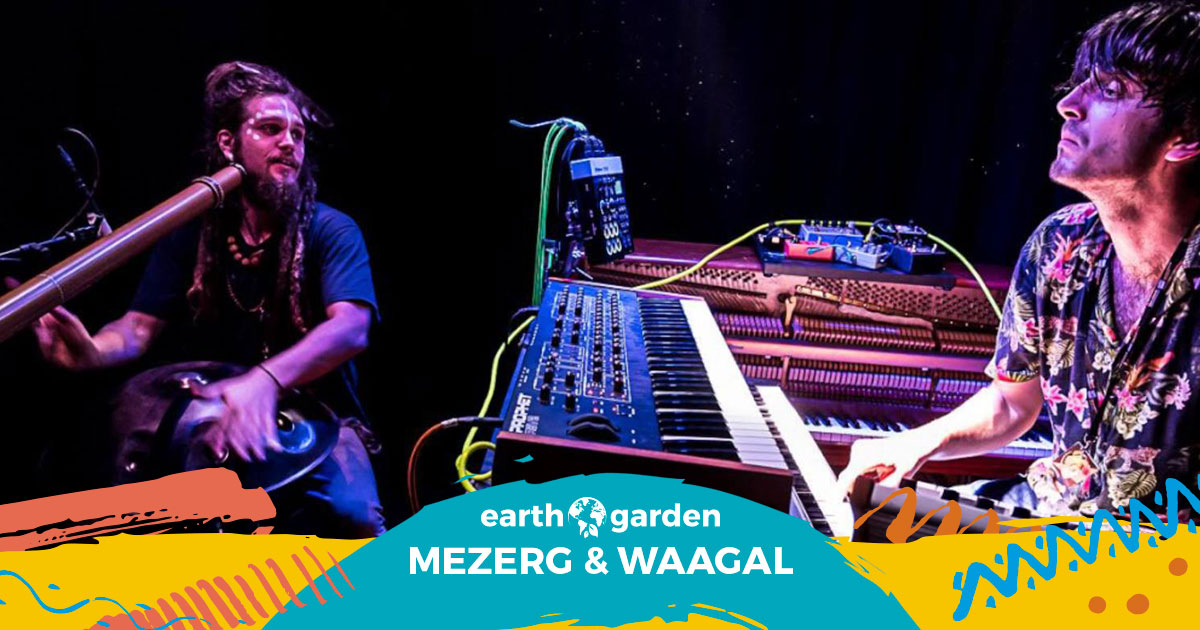 Mezerg & Waagal are two one-man bands from France who got together to create something unique; something in between World Music, Trance & Jazz!

MEZERG is the creator of Piano Boom Boom, a genuine mix of piano and… boom boom. With his hands and feet linked to his instruments, his whole body is in use, merging electronic and acoustic music like we’ve never heard before! The Frenchman creates an organic new sound which he loves to disrupt by adding weird stuff to the chords of his piano. Somewhere between Techno and World Music, this one-man nightlife act draws equally from Jazz and Trance.

WAAGAL is a one-man band multi-instrumentalist that combines Didgeridoo, percussive finger style guitar, hand pan and live looping to create a dreamlike and polymorphic universe. Originally from Bordeaux, Erwann Texier-Harth created his musical project; Waagal in 2014, a one man band where he plays several instruments simultaneously, thus reproducing a group by himself. From playing in the streets around the World to performing in concerts and festivals, he takes every opportunity to share his dream like music.