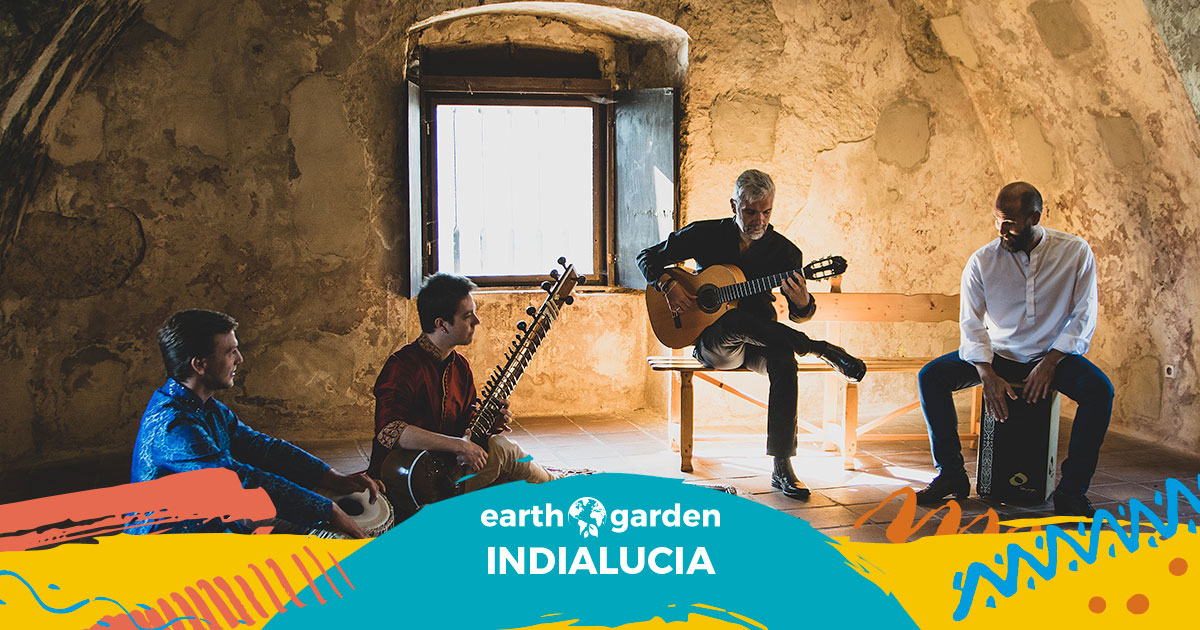 Indialucia is an international musical project led by flamenco guitar player Miguel Czachowski; one of the first bands that have successfully combined the classical music of India with Flamenco, from Andalusia, giving concerts all over the world since 1999. The members of the project include many outstanding musicians from India, Spain, Poland and Italy.

Their concert repertoire expresses both the human and musical fusion of these cultures, making the audiences experience a stimulating blend of those extremely rich cultural traditions. Improvisation and rhythm are the common elements in both styles and are essential to their continued existence, keeping them alive and permeable to new influences. Additionally to the traditional elements of Indian and Flamenco music, the sound of Indialucia is enriched by jazz piano, bass guitar, flute and dance.

Throughout the years, they have played and recorded with renowned artists such as Jorge Pardo, Paquito González, L. Subramaniam, Purbayan Chatterjee, Domingo Patricio, Leszek Możdżer, Vishwa Mohan Bhatt and Kavita Krishnamurti amongst others.