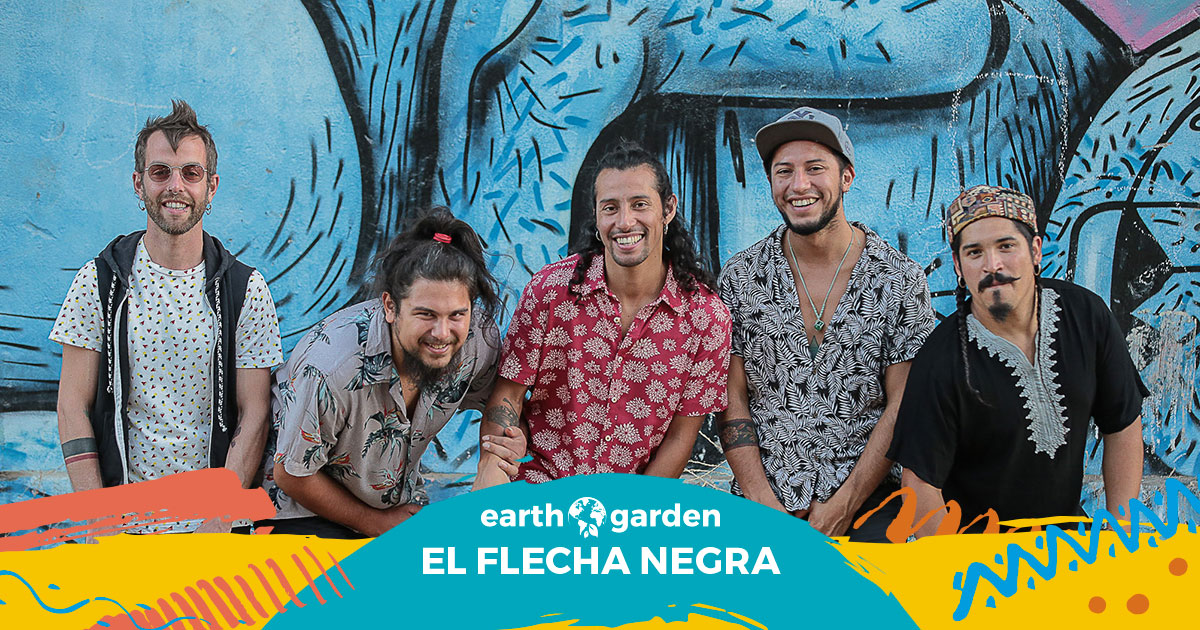 Five countries, two continents, one band. With boundless energy and rousing magic, El Flecha Negra fills the room. Once the chicos from Chile, Peru, Spain, Argentina and Germany are on stage, there is no stopping them. Vamos!

El Flecha Negra (The Black Arrow) is a river of traditional Cumbia and Reggae combined with modern Mestizo and Peruvian Chicha sounds. Wild, exuberant & festive — their unique mix of styles goes straight to the heart.

In 2014 El Flecha Negra started as street music trio. Soon, the charismatic multi-cultural troupe earned a reputation as an irresistible live band. This was followed by more than 300 shows at home and abroad and their debut album “Schwarzwald” (2015). Since then, they have toured Chile twice.

On the current album “Tropikal Passport”, the sound has grown further: Two trumpets, drums, traditional flutes and psychedelic Chicha guitar. The band has become a quintet and brings the heat all over western Europe. The 13 songs on their record reveal desires and dreams: of hope, love, departure and travel. They plead for open borders and celebrate the freedom to be able to be where they are.

Can you dodge their fire? Impossible!