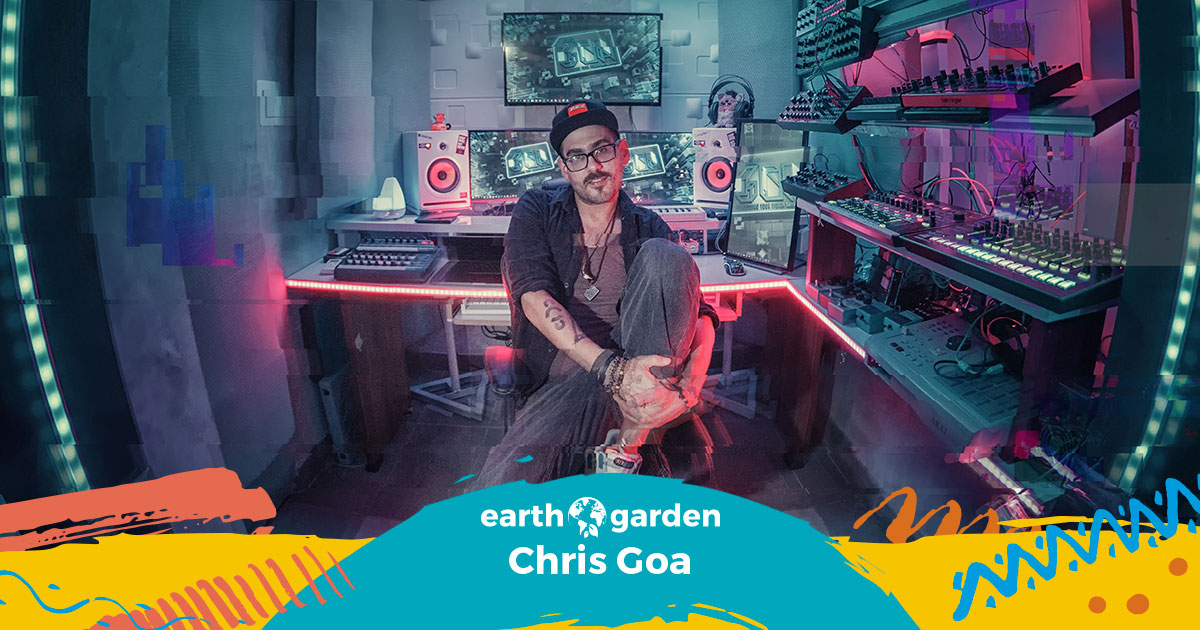 Chris Goa, an audio-visual artist by day and aural exciter by night.

Being a transistor bass fetishist since the early 2000s, Chris started with acid & techno but was greatly influenced by a lot of musical genres mainly early electronica, Italo-disco, space-disco, disc, Breakz & Hip-Hop.

In the mid-2000s he produced experimental instrumentals for a few local Hip Hop crews in Malta. Over the years he developed a taste for a wide range of music genres that transcend in his eclectic Dj sets. Under different pseudonyms, he had various tracks and remixes released on labels such as Advanced Records (NL) Anarchy in the Funk (BR) & Tropical Underground (NL) & Wirebox (MT). Apart from Djing & producing he also organized a number of alternative nights the likes of Rock & Rave, Analogue Agenda & Indie Agenda.

For his second time at Lollipop and for his Earth Garden debut expect a Dj set infused with Italo-disco, disco, and a dash of house music.