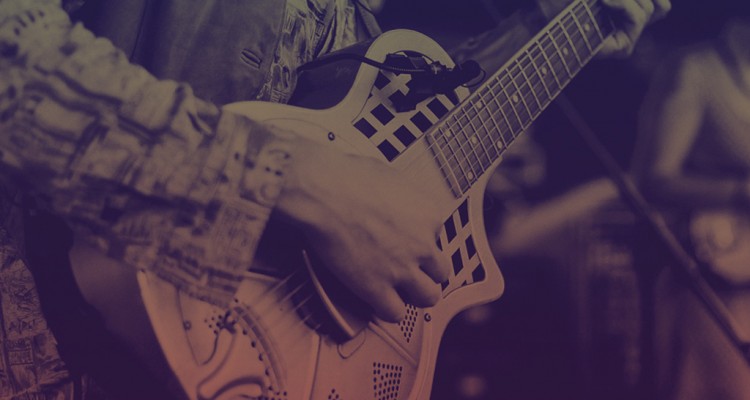 Celebrate music, diversity and life at Earth Garden Festival. The 13th edition will take place from the 30th of May till the 2nd of June at the National Park Ta’ Qali.

Due to the demand from the international audience the first batch of tickets are now on sale. This batch is currently only available for non-residents. Later on this year we will be issuing tickets with special rates for Maltese residents.

Our dedicated team of music programmers has been working very hard to bring you the best and largest alternative diverse music line up Malta has ever witnessed. We are thrilled to announce our first line-up announcement!

Apart from being one of the best recording engineer in the reggae and dub scene, Prince Fatty has also released modern dub reggae music. Throughout his career, Prince has produced various albums and remixes and has collaborated with numerous artists. Prince Fatty is not only a producer but also a great performer and has performed at festivals and events such as Boom Town, Bestival and Reggae Central amongst many others.

Horseman needs no introduction! His hard-hitting beats have backed the best Reggae artists in the business; Max Romeo, Little Roy and many more. Famous for his precision timing and fearsome delivery he is just as comfortable on the mic as behind the kit.

At Earth Garden 2019, the duo will be performing with one of the best upcoming female reggae and soul voices, Shniece Mcnemanin.

Tippa Irie has graced all continents with his music and performances and to date, he continues to be one of the most consistent Reggae & Ska artists around and is not afraid to continually reinvent himself and venture into different genres to keep his music fresh and current. Tippa Irie is not just a successful performer, he’s also a top radio DJ, record producer, and owner of his own Studio and remains one of the most successful entertainers to come out of the UK and continues to fly the flag for the UK scene wherever he goes.

Benny Page certainly needs no introduction to the Drum ‘n’ bass and Jungle fans. Heavily inspired by the bass lines of Jungle, Ragga, Hip-Hop and Dub, Benny Page has played a definitive role in shaping the sounds of the UK’s Drum ‘n’ Bass movement and his name has become synonymous with tight production, heavyweight dance-floor tracks and clinical mixing skills.

Storming onto the scene with his 2006 anthem “Turn Down The Lights”, he has gone on to release a slew of seminal ragga jungle cuts, as well as numerous well received productions across the dance music spectrum and has collaborated with many exciting artists including Gyptian, MC Spyda, Topcat,  Jessie J, Tinnie Tempah, Misha B, Snoop Lion, Arlisa & Nas.

Billy Nasty has never been just a DJ, he has enjoyed an extensive recording career and runs two record labels highly-regarded by a broad range of DJs and record buyers alike. With a career spanning 25 years, Billy continues to travel the world as one of the most in-demand DJs, lighting up dance floors at some of the most prestigious events and infamous clubs across the globe.

So don’t miss out on the Earth Garden Festival, Malta’s largest alternative music festival held at the National Park on the sunny and island of Malta in the centre of the Mediterranean.